We follow our lives worrying about bills, money… but sometimes we forget about other stuff. In some cities, just breathing the air can be hazardous to your health. Here is a list of the most air polluted cities to know about.

10. Kanpur, India
Score: 209 Standard level: 60
Kanpur is known as “Leather City” because it houses over 350 of the largest tanneries in the world. These tanneries are known for pumping out harmful fumes and releasing untreated waste into the Ganges River. Kanpur is ranked as the second worst in the country for air quality.

9. Yasuj, Iran
Score: 215 Standard level: 60
Yasuj is home to a coal-burning power plant and a sugar processing plant which both release a significant amount of emissions into the air resulting in extensive air pollution. And now, a new refinery has been constructed to produce petrol, gasoil, kerosene, furnace oil, liquefied gas, asphalt and sulfur.

8. Gaborone, Botswana
Score: 216 Standard level: 60
Gaborone has been labelled the most polluted city on the African continent due in part to the paint factory, brewery and chemical plant that operate within the city limits. Wastewater, including employees’ sanitary waste, process wastes, and water from heating and air units are released into the environment through the public sewer lines, only worsening the quality of air.

7. Peshawar, Pakistan
Score: 219 Standard level: 60
The main sources of Peshawar’s extremely poor air quality levels are industrial emissions, fumes from the brick kiln factories, extensive burning of solid waste, and vehicular emissions. Nearly 40% of the solid waste produced in the city remains on the streets, releasing pollutants into the air that are extremely unhealthy to breathe.

6. Kermanshah, Iran
Score: 229 Standard level: 60
The air pollution is so bad that locals are advised to remain indoors as often as they can. Dust storms, along with the emissions released from 256 manufacturing units in the city, including sugar refineries, petrochemicals and electrical equipment factories are the major contributors to the high levels of air pollution in the city.

5. Quetta, Pakistan
Score: 251 Standard level: 60
Quetta is the most air polluted city in Pakistan because of the unregulated emissions from factories, overcrowding and overpopulation, the poor quality of fuel utilized in vehicles, and the burning of waste materials which release hazardous gases into the air. Air pollution levels have risen so high that at times they are considered fatal.

4. Ludhiana, India
Score: 251 Standard level: 60
Although the air pollution levels are some of the highest in the world in this Indian city, nothing is being done to improve the situation. Nearly 70% of the city’s air pollution is caused by automobiles operating in bad condition and running on low quality fuel.

3. Sanandaj, Iran
Score: 254 Standard level: 60
The city houses industrial factories for metalwork, cotton, woodwork and carpet production. The emissions released from these low quality power plants, sub-standard transportation fuels, along with the dust blown into the valley from Iraq, all contribute to the very poor air quality that Sanandaj experiences.

2. Ulaanbaatar, Mongolia
Score: 279 Standard level: 60
This hazardous air pollution is caused by open soil surfaces, unpaved roads, dust from the desert, lack of vegetation and ash and emissions from power plants, vehicles, and boilers. The air quality is so poor that the World Bank has stepped in and implemented the Ulaanbaatar Clean Air Project to help replace stoves and boilers with more environmentally efficient models.

1. Ahwaz, Iran
Score: 372 Standard level: 60
Ahwaz has the dishonor of being the most air polluted city in the world. Respiratory illnesses, especially lung cancer, are at an all-time high because of the emission from plants to manufacture paper, sugar, oil, petrochemicals, oil and metals. Many birds are facing extinction as ecosystems have been interrupted, rivers have been diverted and marshes have been drained.

Which of these cities impressed you the most?
Comment below! 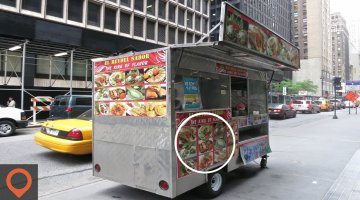 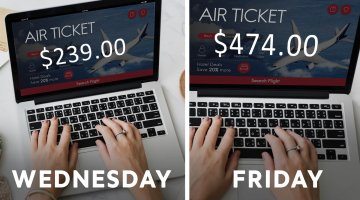 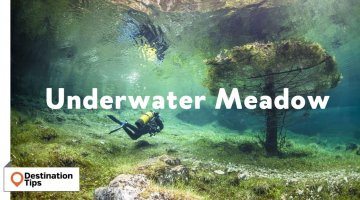