Imagine an Airplane that could take you from city to city landing directly on top of the building that you wanted to visit. No more complicated commuting, queues or traffic jams, the Rotodyne was like a direct bus line high above the congested streets. But if it was so good why aren’t the skies full of these strange airplane-helicopter hybrids?

1) Not an Airplane, Not a Helicopter
The Rotodyne was quite unique. It could take off and land vertically capable of flying its passengers right onto the hotel where they were staying. However unlike a helicopter the rotor-blades had no heavy motor powering them. They used autorotation; the forward motion of the two turboprops would turn the rotors causing enough lift to support the craft.

2) It Was Fast
Average helicopters at the time had a cruise speed of about 85 mph. The Rotodyne could travel at 185 mph. This is because helicopters only have the one propellor and in order to move forwards have to tilt the whole craft. The Rotodyne relies primarily on its two turboprops to pull it through the air and then the central propellor creates lift.
.
3) Take Off
So you’re thinking, if the two turboprops only pull the craft forwards, and the propellor has no motor, how the heck did it take off vertically? The secret was in the tips of the rotor-blades. To initially start the central propellor and lift the Rotodyne off the ground, the tip jets are started. These tiny jet-engines cause centrifugal thrust on the rotor-blades only during take off and landing when the craft needs to rely on the main propellor.

4) It Was Cheap
In cities like New York during the 1950’s traffic was a huge problem. Getting from the airport to your hotel could almost take longer than the flight itself. So some companies started a helicopter ferrying service, flying passengers over the congested roads straight onto popular skyscrapers. But the service was so costly it could only survive with government subsidies which were soon cancelled. The Rotodyne however, being so much faster, was 8 times cheaper to run than a helicopter.

5) It Was Safer
If there is a fuel or power outage on a standard commercial airplane, they pretty much fall out of the sky. But because of the Rotodyne’s huge propellor that doesn’t even have a motor, it autorotates down to earth, safely and at a slower speed than a parachute.

6) It Was Bigger
Larger than any transport helicopter of its day, it had a fuselage of 18 meters, being able to transport 40 passengers and two crew members. So if it was bigger, safer, faster and cheaper to run than any of its competitors, why on earth aren’t we all travelling in Rotodynes right now!?…

7) The Noise
The four tip jets needed to take off and land were far too noisy for intercity travel, tearing up frequencies of 113db. Many airlines were interested in ordering Rotodyne aircraft, on the condition they fixed this. Also Fairey Aviation was heavily dependant on British Government funding along with mainy airlines of the time. And being as times were hard, airlines were forced to merge together, and sadly the Rotodyne project never properly left the hangar. Its working prototypes were dismantled and only a few pieces were left as museum pieces. Perhaps a greatly innovative project, dreamed up in the wrong place at the wrong time…

If you liked this video, show you care and hit that like button! 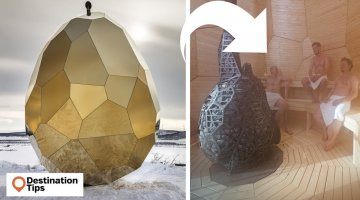 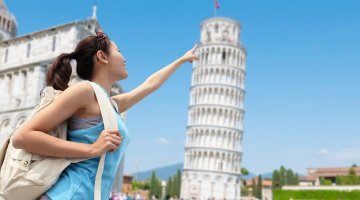 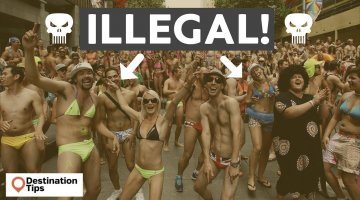