You are here: Home / Videos / The Scariest Places of Google Earth

Is it your dream to travel to the four corners of the globe, but just don’t have the cash? Don’t worry! Just download Google Earth! You can visit the whole world right from your couch. However, be warned, there are some scary places out there!

1) Pripyat Village, Ukraine
This village suffered the most cruel and saddest ending. It’s heartbreaking to see pictures of this lonely and abandoned ghost town. But if we glide in from above in Google Earth it’s almost even more breathtaking. This area will never be the same.

2) Linfen city, China
This is known as the most polluted city in the world. It’s a fully industrialized city without environmental controls where people die very young from cancer and other fatal illnesses. The smog is so dense it obscures most of the images on Google Earth.

3) The Devil’s Face, Atlanta
In one of the most religious places in the U.S.A. suddenly, one day a malicious face could be perceived in the surrounding area. Could it just have been a coincidence? Probably. But, in any case, it was really scary and suspicious. People in the area modified the terrain to, literally, erase it from the face of the Earth.

4) The Cave of Antarctica, Antarctica
This is a huge cave that nobody has been able to explore yet. The thing is that its entrance is so strange that rumors say it was built by aliens to hide their ships. And there’s also another one that is suspected to be a German army base built back in the 1940’s where they performed secret experiments.

5) The Blood Lake, Iran
One morning this normal lake was suddenly completely blood red. Some thought that it was maybe due to high pollution levels and sediment resting in the lake. However the surrounding lakes were clear, so it didn’t add up. The other terrifying conclusion is that the surrounding slaughterhouses began dumping their waste into it creating this huge lake of blood.

6) Censored Places
The world is full of nuclear power plants, some of them outside of city limits. However, we can’t see them on Google Earth because they are completely censored. Who knows what other secrets our governments are keeping from us?

7) Chittagong Port, Bangladesh
Also known as Hell on Earth. (Monkey of Doom) This is the most polluted place on Earth. It’s a ship graveyard where vessels from all around the world are brought to be dismantled. However, it’s so polluted that the sea is full of fuel and oil, the air is toxic, and people live inside the old ships, with a very low life expectancy. It’s like something out of an apocalyptic movie.

Know of any other scary places? 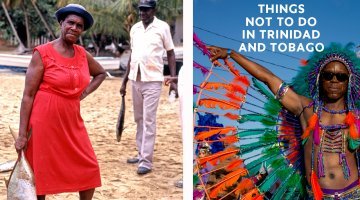 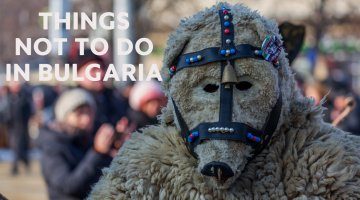 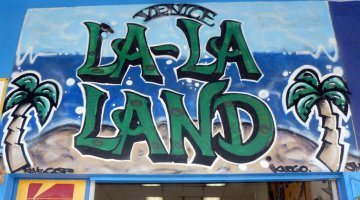