You are here: Home / Videos / The 10 World’s Strangest Borders

1) Bulgaria, Greece and Macedonia
The meeting place of three countries, also known as Tumba Peak, it’s where Greece meets, the south-westernmost point of Bulgaria and the south-easternmost point of the Republic of North Macedonia. Every August since 2001, an international excursion to the peak is organized under the motto “Balkans Without Borders”

2) Pheasant Island
This tiny isle located in the Bidasoa River between Northern Spain and Southern France is only 200 metres long, and has swapped nationality between the two countries more than 700 times since 1659. This is because the two countries take turns to govern it, changing its ownership every six months.

3) Mexico and USA
The most crossed border in the world, nearly 1 million immigrants find their way over the border between Mexico and the U.S. every year. Trump’s still waiting for Mexico to build the 12 billion dollar wall along the huge border, extending from the Pacific Ocean in the west to the Gulf of Mexico in the east. It traverses a variety of terrains, ranging from urban areas to deserts.

4) Egypt and Sudan
Bir Tawil, is an unwanted 2,000 square-kilometre stretch of desert that separates both countries. This piece of no-man’s land would only be a loss for either country, and both refuse to annex Bir Tawil. However, multiple organisations and even individuals have attempted to claim it for their own, with little support from the international community.

5) Canada and the USA
At five and a half thousand miles wide, this is the longest border in the world, separating Canada from 13 states. It looks like a straight line on the map which may seem like an easier way to divide a country but it completely isolates Point Roberts, from the rest of the U.S. The 5 square mile peninsular only has an elementary school, so high school students that want to study in the U.S. have to cross the border every day.

6) Moresnet
Between 1830 and 1919 there existed a lesser known country named Moresnet, with its own flag and even own language, Moresnet bordered with Holland, Belgium and Prussia for just under 90 years. However, after the First World War, the territory was annexed by Belgium and today this point is marked by a tower (Belgium) from where you can see the cool Labyrint Drielandenpunt (Netherlands).

7) Brazil, Argentina and Paraguay
This border is located where the Iguazú and Paraná rivers converge. This is a much visited tourist area. Each of the three bordering countries has erected an obelisk, painted in the national colors of the country from where you can see an idyllic view of each nation.

8) Netherlands and Belgium
Both countries have so many exclaves within exclaves that many houses and shops are split down the middle between the two countries. So residents often find themselves shopping in one country and dining in another.

9) Botswana, Namibia, Zambia and Zimbabwe
These “Four Corners of Africa” meet on the Zambezi river, which is busy with ferries and boats constantly crossing between the four nations. However, as some nations tend to fall out and ferry crossings suddenly become illegal in one country and permitted in another, in 2007 Zambia and Botswana made a deal to build a bridge to replace the ferry system.

Which one of these borders did you think was the strangest? 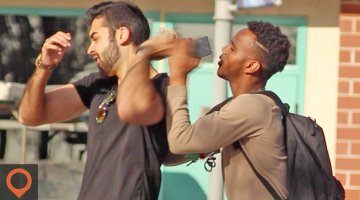 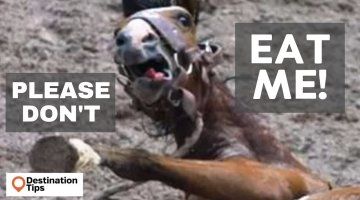 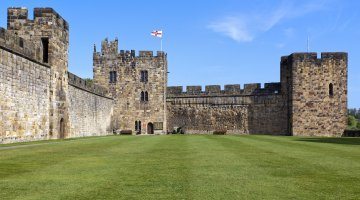