You are here: Home / Videos / The 10 Most Haunted Places in the American South

Every region of the United States has its share of ghost stories and urban legends, but each of them pales in comparison to the most haunted places of the American South.

2. The Grove Park Inn
In the mid-1950s, staff began to complain of stomach aches while working in the vicinity of room 545. Visitors started reporting seeing the ghostly visage of a woman dressed in pink. That’s when the owners discovered that In the early twenties, a woman had fallen from a balcony to her accidental death.

3. Sloss Furnaces
Sloss Furnaces was run by a man known as “Slag” who reportedly forced his workers to constantly risk their lives. More than 47 people died, until in 1906, Slag slipped and fell into a vat of molten iron. Perhaps as a grim punishment he now haunts the Furnaces, forever.

4. 1886 Crescent Hotel and Spa
Norman Baker scammed dozens of patients with the claim that he had a miracle cure for cancer. Baker made thousands of dollars whilst torturing cancer patients. Today, the hotel is said to be the residence of several of Baker’s tragic patients.

5. Chapel Hill
Legend has it that one night, a brake man was thrown from the top of a train and decapitated on the tracks. On some nights, onlookers can see the brake man’s lantern light wandering up and down the tracks as he searches for his missing head.

6. Sturdivant Hall
Banker John Parkman was arrested for embezzlement. The banker vowed he would never truly leave Sturdivant Hall until his name was cleared. But following a disastrous escape attempt, Parkman was gunned down and today, his spirit has been seen wandering the halls.

7. Ryman Auditorium
In the annals of country music history, few places hold as much power as Nashville’s Ryman Auditorium. Reportedly, the building’s original owner, Thomas Ryman, is thought to haunt the theater. Country legend Hank Williams, Sr. has also been known to make appearances on the stage, as well.

8. The Driskill Hotel
Home to at least two spirits, young Samantha Houston, who fell down the grand staircase and the owner of the hotel, Colonel Jesse Driskill, who lost everything in a game of poker. When he died penniless on the streets, his spirit remained to haunt the building.

9. Kennesaw House
Its time as a temporary hospital and morgue during the Civil War has left behind several restless spirits. The Kennesaw House has maintained a reputation for spooky occurrences for the last several decades.

10. Marshall House
Marshall House served as a point of respite for victims of two yellow fever epidemics as well as a hospital for Union soldiers. When the historic location was recently refurbished, guests reported the spirits of children running through the halls.

Have you ever had a close encounter with a ghost?
Let us know in the comments! 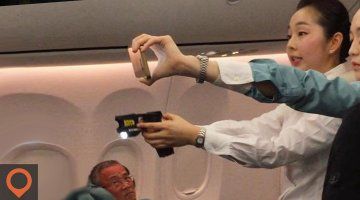 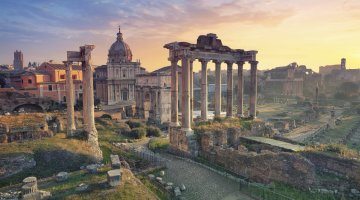 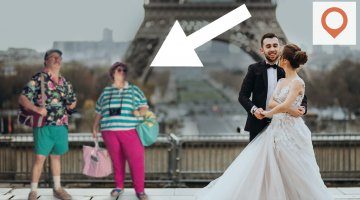