You are here: Home / Videos / 10 Weird Places Hidden in Turkey

Turkey is a big country full of different cultures, wonderful people and amazing things to see. And within all the beauty, there is also a bucket load of weird hidden places that you may not have known where hiding there. So, in order to get to know the place better, we bring you these 10 Weird places hidden in Turkey.

1) Pamukkale
Located on the outskirts of an ancient city in the Denizli province, these rock formations have been formed over millennia by carbonate deposits, funnelled into unusual terraces by hot springs and streams. Some people believe that the waters have healing powers.

2) Nemrut Dagi
This eerie site, filled with ancient statues, is thought to be the ancient tombs of King Antiochus, built in the first century. The mountain, located near Adiyaman in southeastern Turkey, contains statues of King Antiochus, lions, eagles and various Greek and Armenian gods.

3) Mount Ararat
This is a dormant volcano and some scholars believe that this is the site where Noah pitched up his ark after the great flood. A 2007 expedition found seven large wooden compartments near the peak of the mountain that correspond to the way an ancient ark would have been constructed and the wood is around 4,800 years old.

4) The Trojan Horse
Most people think that Troy is as fictional as the Cyclops or the Sirens who tried to tempt Odysseus to his death. Today, you can wander around the ruins of the ancient city, climb inside a replica of the Trojan horse, and imagine the battle that sacked one of the most important cities of the ancient world.

5) Mausoleum at Halicarnassus
This tomb was built by the Greek architects for Mausolus, a satrap in the Persian Empire, and his sister-wife Artemisia II of Caria. It was 45 m (148 ft) high, and the four sides were adorned with sculptural reliefs but was destroyed by successive earthquakes. Today, you can see its ruins. This is the origin of the word mausoleum

6) Cappadocia’s cave houses
A number of Goreme residents live in dwellings carved out of the rock, or in large cave structures beneath the ground. Visitors to the area can stay in hotels hewn out of rock faces, and visit underground Byzantine churches.

7) The Temple of Artemis
Located at Ephesus, this was rebuilt twice and was described by some as the most spectacular of the ancient wonders. You can see the foundations and some ruins at the ancient city of Ephesus.

8) Mardin’s sandstone buildings
Mardin was built 4000 years ago entirely of yellow chalk stone. The houses are decorated with different motifs but on the whole are very similar, giving the whole city a slightly unreal look, like a film set. Most of the tourists get lost in its maze like streets.

9) Myra’s rock tomb
In ancient times, the wealthy and important citizens of Myra were placed in tombs carved out of the hillside. These beautiful necropoli are haunting monuments to their mysterious occupants who died thousands of years ago, still watching over their ancestors.

10) Gemiler island
The island’s ruined church is believed to contain St Nicholas’ tomb (patron of sailors). Around 650 AD the remains were transferred to Demre, but pilgrims still visit Gemiler to pay homage to the saint who inspired the modern-day Santa Claus and visit the ruins of the ancient church

Do you know more weird places in Turkey? 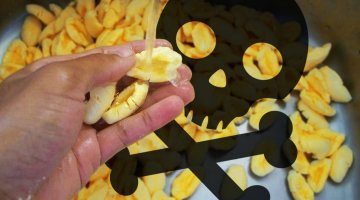 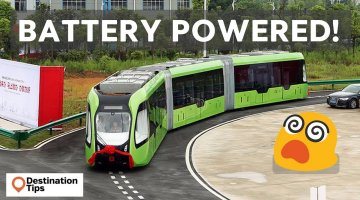 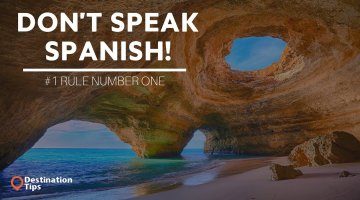