You are here: Home / Videos / 10 Things Not to Do in Netherlands

The Netherlands. There are so many things to discover in this wonderful country. But, before you go visit them, remember these things not to do.

1) Don’t Call The Dutch Germans
A lot of people confuse the word “Dutch” with “Deutch”, and no, it’s NOT the same thing! “Dutch” is the name of Netherland’s citizens and the language they speak, whereas “Deutch” means “German” in the German language. There’s a huge difference!

2) Don’t Call it “Holland”
The Netherlands is country with 12 provinces. It means ‘lower countries’ in reference to its low elevation and flat topography. But “Holland” is a region referring to only two of those provinces. Some use Holland to refer to the whole of the Netherlands, which is wrong. Netherland locals may take offence if you make this common mistake.

3) Don’t Abuse Drugs
Amsterdam is famous for the legalization of some narcotics. However, if during your stay, you feel inclined to partake in these usually illegal substances, remember to tread lightly. You don’t want to be one of those lame, wasted tourists making a fool of themselves on the streets of Amsterdam…

4) Don’t Wander Into the Bike Lane
Back home the bike lanes may be less dangerous, but the Netherlands are so flat, it makes them ideal for cycling. Bike lanes are much more crowded and the cyclists much more ruthless when people loiter unknowingly in their designated path…

5) Don’t Forget to Tap Off
If you travel by train in the Netherlands, you need to tap your card on the reader before you board. Sure. But don’t forget to tap off when you pass back through the gates even if they’re already open! If you forget to tap off the counter will still be going and you’ll be charged the maximum ticket fare.

6) Don’t Take Pictures in the Red District
Taking pictures in the red district is not allowed, so if you are caught taking some, they can confiscate your camera or your phone. We’re serious, DON’T do it.

7) Don’t Use Tourist Buses
If you’re in Amsterdam and want a sightseeing tour, rather than taking a bus you’ll be sure to better enjoy a cruise down the many canals. There are also plenty of riverside bars and restaurants to be discovered!

8) Don’t Speak Dutch
In the Netherlands they speak Dutch and English. And according to many of the locals, it’s harder to master than Chinese and they prefer it if you don’t try. So unless you’re planning on moving there don’t try and dabble in Dutch.

9) Don’t Show Up Unannounced
If you want to visit someone’s home or workplace, you should always phone ahead, first. They like to organize their day, and an unexpected visit may ruin their plans.

10) Don’t Forget to say “Goodbye”
If you are with a group of people and you want to leave, don’t forget to say “Goodbye”.
It’s an important piece of social etiquette to warn in advance that you are going to leave and then shake hands as you bid farewell to everyone in the group. If you don’t, they may think you’re angry with them. So be polite!

Where do you want to know what no to do in next? 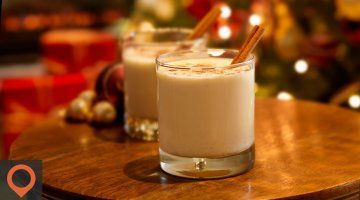 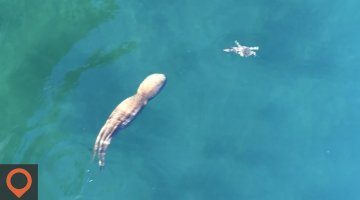 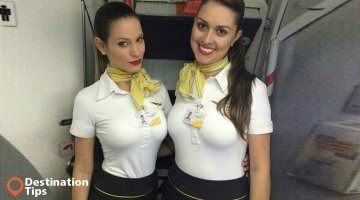