You are here: Home / Videos / 10 Things Not to Do in Algeria

Algeria, that unknown and yet wonderful country. Not everybody thinks about it when thinking about their holidays but they should. So, to help you prepare your trip we bring you these Things not to do in Algeria.

1) Don’t forget your visa
The visa to Algeria isn’t particularly the easiest one and, unfortunately, it’s required for most countries in the world. So try to have it ready before you start your trip and you’ll avoid a lot of trouble.

2) Don’t Expect Sleep to Be Cheap
Mass tourism doesn’t really exist in Algeria, so hotels are very expensive if we compare them with how cheap anything else is in the country. You can find prices from 30€ to 200€, although, most of them are over 50€ a night. If you’re travelling with a lower budget you can always get a youth hostel instead where you’ll pay around 2 € per night. On the other hand, you could always try CouchSurfing, making sure the people you choose look safe and have many positive references. It’s a great way to meet local people!

3) Don’t forget your dictionary
Most of the younger people do know English but don’t hold on that because, it’s not that easy to find people who speak English. The official language in Algeria is Arabic and some people speak French as it was a French colony. So if you want to be able to communicate bring a dictionary in French.

4) Don’t get a taxi
Taxis are expensive and they usually try to cheat tourists. You can use the Yassir mobile app which is basically the same as Uber, or get a bus. Although, they don’t tend to follow their schedules. Renting a car isn’t that cheap either. And if you go to the desert try to book a flight, they’re not too expensive and you’ll save some time too.

5) Don’t forget your cell
If you want to be able to move freely without a guide and find historical places, hotels or restaurants by yourself, don’t forget to bring your cell phone and install the Waze app which is a free driving directions & live traffic map app that works the best in Algeria.

6) Don’t travel everywhere
Borders with Libya, Mauritania, Mali and (nisher) Niger are absolutely no-go zones in Algeria, they’re the most dangerous ones, as are remote or mountains areas. But don’t worry because these areas are far from all the tourist attractions.

7) Don’t rely on having Wi-fi everywhere
Sure big hotels, offices, and random apartments are sure to have a wifi connection. However, if you’re out and about and want to use the internet in Algeria you’ll need to get a local sim card with data which will cost you around 5-10€ per month. And, out of the 3 different networks they have, choose Mobilis, it has a better range.

8) Don’t forget your money
Here, the local currency is Algerian dinar. And there are not many places where ATM machines accept international bank cards. Sure, you could try the airports, huge hotels like Sheraton or regular banks, but sometimes they’re out of money. So to avoid being left without money, bring some emergency cash too .

9) Don’t start your diet
In Algeria, they eat a lot of fast food such as shawarma and fries, they’re very cheap and you’ll find them everywhere. But you can always go to a restaurant to eat nice food, if you prefer, which will cost you about the same as western European restaurants do. Oh, and don’t forget, drinking alcohol in public is forbidden.

10) Don’t think it’s all just sand
When people think of Algeria they imagine riding camels in the desert. But, guess what? There are also cars, buses and trains, just like your city, yep. This is a civilized country! Sure, the Sahara desert occupies four-fifths of the Algerian territory, but they also have a coastline, ancient Roman Empire ruins and stunning heritage of the Ottoman Empire, Spain, France and much more. 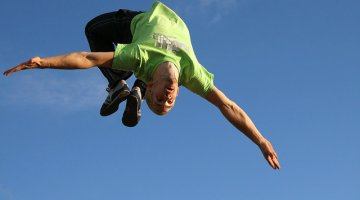 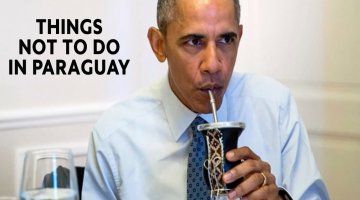 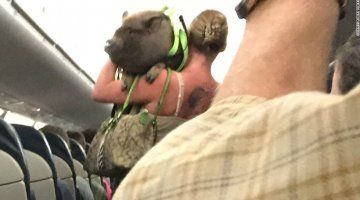