You are here: Home / Videos / 10 Strange Breakfasts of the World

This is your first morning in a different country and you’re hungry! You can always have toast and coffee, but you’re in a foreign country so when in Rome… You might be surprised and maybe a bit disgusted at some of the ways the rest of the world does breakfast.

1) Kenya: Cow’s Blood
In the Western World, it’s common to rush downstairs, expectant of the early morning cartoons, whilst grabbing a bowl of our favourite cereal. Sure. But for the Maasai people of Kenya, it’s common for them to cut a cow’s artery and drain some of its blood into a pale of milk. Without taking enough blood to actually kill the animal of course. This mix of blood and milk is a breakfast treat, reserved for special occasions, only.

2) Indonesia: Bubur Ayam
It’s a rice congee with shredded chicken meat served with some condiments, like chopped scallion, crispy fried shallot, celery, tongcay, fried soybean, Chinese crullers, and both salty and sweet soy sauce, and sometimes topped with yellow chicken broth and kerupuk. Despite it not being spicy, it’s still a lot to stomach first thing in the morning.

3) Mexico: Menudo
Menudo has been a traditional Mexican breakfast since the 1930s. They created this dish to get rid of hangovers. It’s a heavy soup containing a cow’s stomach, the whole cow’s head, feet, some spices, and chili peppers. Once prepared it has a texture described as rubbery and gelatinous. Exactly what you want first thing in the morning…

4) Jamaica: Ackee and Saltfish
Ackee is the national fruit of Jamaica. And It’s not just strange to look at, it might just get you sick if it’s eaten unripe or improperly prepared. Ackee contain high levels of hypoglycin, a toxin which can cause severe vomiting, pain, cramps, sweating, and diarrhea. Even the water that’s used to boil the ackee should be disposed of, as it’s potentially toxic. Sounds delicious.

5) Finland: Karelian Pie
This traditional pastry has a rye crust and thick rice porridge inside. You can eat it as it is or with toppings. The most common topping is egg-butter mash, or also smoked salmon or reindeer.

6) Peru: Leche de Tigre
After making ceviche by leaving raw fish to marinade in lime and lemon juice, that left over liquid is called Leche de Tigre. Many add plenty of hot peppers and even some chunks of fish and it is drunk for breakfast especially by people with hangovers as they say it has rejuvenating qualities. It’s even nick-named “levanta muertos” (“raise the dead”)

7) Japan: Fish, Miso Soup, and Tofu
This is supposed to pack a nutritional punch that keeps you going throughout the rest of the day. The fish is usually salmon, and the Miso soup is made with a base of soy beans with vegetables, rice malt or barley malt, and stock, and there are usually some side dishes, like mixed Japanese pickles and a small omelet. A good way to start the day!

9) Colombia: Chocolate Santafereno and Changua
This is a soup made from boiled milk, water, and scallions, with whole eggs dropped into the broth to cook. The bizarre part is the hot chocolate, which is accompanied by a side of cheese, that you’re supposed to pop into the chocolate.

10) The Netherlands: Sprinkles and Toast
In most countries Sprinkles and Hundreds and Thousands are toppings that we might sprinkle onto an ice-cream or a cake. In the Netherlands, ‘hagelslag’ is a perfectly normal thing to sprinkle on your buttered toast. Like having Nutella for breakfast without the hassle of spreading it.

Which of these delicious breakfasts would you like to try? 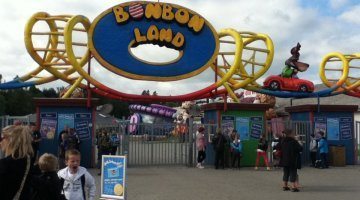 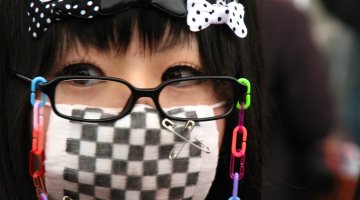 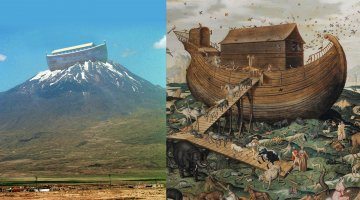