You are here: Home / Videos / 10 Most Isolated Places to Live in the World

1. LA RINCONADA, PERU
This is the highest human settlement on earth. You can find it at 17,000 feet above sea level
in the Peruvian Andes. It has a population of 50,000 and their economy relies on the gold
they mine from nearby gold mines. The town lacks plumbing and sanitary drainage systems
but does have mercury contamination from the mining activities as well. So, that’s a hard
place to live in.

2. CHANGTANG, TIBET
It’s known as “The Roof of the World,” at 9,000 feet. The winters are cold and Arctic-like.
They live as nomadic pastoralists, being known as ‘Changpa’, or ‘Drokpa’ together with snow
leopards and yaks. Ah, and, if you want to go there, you’ll need a permit to enter the area.

3. VILLA LAS ESTRELLAS, CHILE
It has a summer population of 150 and a winter population of 80. There is a ‘Correos de
Chile’ post office staffed in the summer by a postal worker and by the command of the base
in the winter. And they even have a “Villa Las Estrellas” Primary School with 3 computers
AND internet access! (that part is actually quite surprising…)

4. EDINBURGH OF THE SEVEN SEAS, SAINT HELENA
It’s the most remote permanent settlement on Earth, being 2,173 kilometres from the nearest
other human settlement, on Saint Helena. In 1961, the whole population left because of the
eruption of a volcano, but most of them came back and rebuilt the place in 1963.

5. SUPAI VILLAGE, ARIZONA
This is “the most remote community” in the United States being the only place in the United
States where mail is still carried out by mules. Located within the Grand Canyon, it is only
accessible by foot, pack animal or helicopter, and as of the 2010 census, the CDP had a
population of 208.

6. COOBER PEDY, AUSTRALIA
This is the “opal capital of the world” because of the quantity of precious opals that are
mined there. The name “Coober Pedy” comes from the local Aboriginal term kupa-piti, which
means “boys’ waterhole”. Visitors attractions include the mines, the graveyard and the
underground churches. And there are several motels offering underground accommodation

7. LONGYEARBYEN, NORWAY
This is the world’s northernmost settlement of any kind with more than 1,000 permanent
residents. They live a combination of an Arctic climate tempered by the North Atlantic
Current, and experience midnight sun on half of the year and polar night the other half, so it’s
a bit crazy. Then they have strange laws such as ban on cats, a restriction on how much
alcohol an individual can purchase on a monthly basis, and a requirement that any
individuals venturing outside carry a rifle for protection against polar bears. Also if you die
there they’ll have to take your corpse to another town, they can’t bury you there because
your body will stay forever.

8. PALMERSTON, COOK ISLANDS
There is no safe entry for large ships and it enjoys a tropical climate but is exposed to severe
tropical cyclones. 62 people live in Palmerston, all but three descended from English sailor
William Marsters so there are still many family links and common ancestors between these
atolls, because William Marsters and his three wifes had quite a large family of some 23
children, whose descendants now inhabit Palmerston.

9. SIWA OASIS, EGYPT
This is an urban oasis between the Qattara Depression and the Great Sand Sea. It is one of
Egypt’s most isolated settlements with about 33,000 people, mostly Berbers, who developed
a unique culture and a distinct dialect called Siwi. It’s the home to an oracle of Ammon,
where you can still visit the ruins.

10. WHITTIER, ALASKA
In 2016, they were 214 people living there. It is very popular with tourists because of its
abundance of wildlife and natural beauty. Just imagine, Whittier is located within the
Chugach National Forest, the second-largest national forest in the U.S. However, the only
land access is through the Anton Anderson Memorial Tunnel, a mixed-use road and rail
tunnel.

Do you know any other isolated habited place? 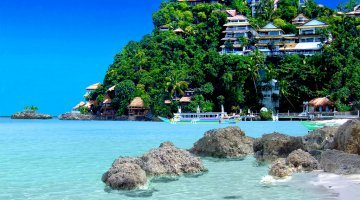 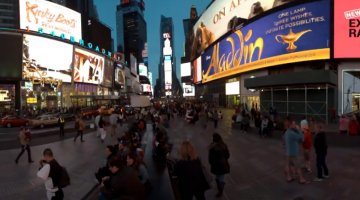 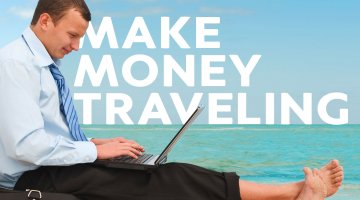