You are here: Home / Videos / 10 Facts Only Flight Attendants Know

When we have to take a flight, we usually just sit down and let us go. However, there are a lot of interesting things that will help us to have a nicer trip. Here’re 10 facts only flight attendants know.

1) The Big Brother
You don’t know the crew, but the may know a lot about you by clicking a button. The use an app called “Link” to know all your previous reservations or likes. This is very useful if you ask for an upgrade during the boarding. Then, they’ll be able to attend you more efficently.

3) Don’t go to the bathroom before takeoff
If there’s a delay in the take off, just check the lights of the lavatory, is it occupied? The pilot can’t start the flight until everybody is seated. So next time you have to use the toilet, just wait until the plane is in the air.

4) The service
If you want a great service choose your seat on the back of the plane. Flight attendants usually avoid most of the calls from the front seats because when they come back a lot of people will ask them things in their way back. So, definitely this is the best area.

5) Hygiene inside the plane
This is no secret at all. We all know that they don’t clean the plane as if it was their homes. They just take out the papers and things that are on the surface and wipe with the same rag the whole plane. But, well, the dirtiest areas are the tray tables (yes, where we eat), the seats, and of course, the lavatory.

6) Share the flight with a non-dead
Here’s the thing, the flight attendants are not allowed to call time of death. So, if someone dies on the plane, they would try to change him to another seat, or first class, or if the plane is full, they’ll just cover him with a blanket and leave him in his seat. So, nice company, isn’t it?

7) Drinking on the plane
Forget about trying to save some money buying your own drinks at the airport shop to drink them inside the plane. The won’t allow it. It’s not because the want to charge you for the drinks, it’s because if you buy them on the plane, they can know how much alcohol you’re having and avoid problems…or that’s what they say.

8) Forget the plane water
Just, think about it, do you trust they clean the pipes or the pots as they should? Have you ever seen a flight assistant or pilot bringing their own thermos bottle? I’m sure they answers are “no” and “yes”. So, don’t take risks, and remain faithful to you bottled water.

9) You can’t open a door mid-flight
Were you afraid someone tried to open the cabin door last time you were on a plane? Don’t worry anymore! it is simply impossible to open a plane door during a flight because cabin pressure won’t allow it. “At a typical cruising altitude, up to eight pounds of pressure are pushing against every square inch of interior fuselage. That’s over 1,100 pounds against each square foot of door.” says a pilot.

10) The shades
We all close the shades of the plane when we want to have a nap or the sun is too annoying. However, flight attedants don’t really like it because in case of emergency they need to see the outside in order to check all the factors. They won’t say anything though, because this happens only in case of emergencies but it always good to know.

Did you know all of these facts about flights? 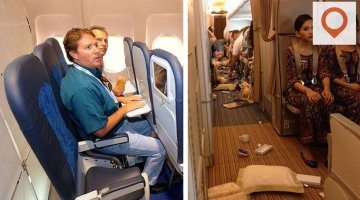 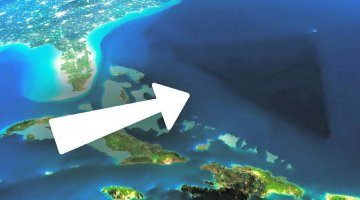