You are here: Home / Videos / 10 Crazy Things You Didn’t Know About Flight Attendants!

Heinrich Kubis was the world’s first air-steward and was on duty aboard the Hindenburg when it burst into flames. He managed to survive by jumping out of a window just before the craft hit the ground. Since then “cabin boys” were employed to serve food on flights and twenty years later, the first female stewardess was hired. In just 6 years, female hostesses had all but taken over the role. Nowadays it’s easy to feel like a knowledgeable traveler as commercial flight is so common, but we’re going to reveal 10 things you didn’t know about flight attendants!

1. No, They’re Not Waiters.
The term “waitresses of the skies” often gets bandied about. But flight attendants are so much more than that. Rather than waiters, they are more like police officers enforcing the right to remove you from the flight if they consider you to be problematical. In some countries they are even equipped with tasers. Oh yeah, and they are also…

2. Trained in Hand-to-Hand Combat
The cabin crew are responsible for the safety of the lives of sometimes up to 525 people being hurled through the air at 500mph. Being able to contain an unruly passenger in those circumstances is essential and many are trained in hand-to-hand combat. Think about that before you abuse the overhead bell…

3. They Are Trained to Deliver Babies on Board
Apart from other basic first aid procedures, flight attendants are also trained to deliver babies in an emergency situation. This training can be vital for a pregnant woman who finds herself suspended in the air at 35,000 feet, 2 hours away from the nearest airport.

4. They Have Survival Training
Their training isn’t just for routine flights. In the event of an emergency and having guided the passengers through an improvised crash landing, your flight attendant also has basic survival skills to ensure a prompt rescue and well-being of the remaining passengers throughout extreme conditions. Remember this the next time they kindly ask you to turn off your phone.

5. They Are Trained Fire Fighters
Maybe this would have gone down differently if Heinrich Kubis had been trained? Since the 60’s when smoking on planes was completely fine, flight attendants had to be trained in fire safety. Nowadays, despite the smoking ban, the cabin crew are still trained how to extinguish a fire in case of an emergency.

6. They Are Rigorously Selected
Back in the 40’s Air-Stewardesses were required to be; high school graduates, single, 20 years of age, 5 foot 2″ but no more than 5’9″, weigh 105 to 135 pounds and have at least 20/40 vision without glasses. Today many of these requirements still exist, including strict rules of hair length and colour and even makeup and fingernail styles. Only those who meet requirements are selected to be Flight Attendants.

7. It’s Often Their First Time
It’s not just the passengers that change on each flight. There are 100,000 flight attendants working in the U.S. alone. Each aboard a different flight, flying to a different destination. It’s not always possible for them to return with the same crew that they came with and are constantly rotating and working with new people. So it’s likely that you’re not the only stranger in the cabin.

8. They’re Not Immune to Jetlag
Imagine a 17 hour flight from Dallas to Sydney. It can leave you pretty jetlagged and disorientated right? Well imagine that everyday. Flight attendants have to soldier on through this and keep it together despite the dim lights and sleeping passengers. Luckily they have their own bunks and some attendants even use their days off to shake off the jet lag.

9. They Don’t Just Work on the Plane
The job of ticket agent is often rotated among the attendants of the departing flight. So when you irately demand an explanation for the delay, you’re likely to be talking to one of the hostesses aboard your flight who may or may not bring you an extra pillow.

10. Be nice
Flight Attendants have admitted that when in the air they almost have complete control over who gets seat upgrades and complimentary perks. Many attendants reserve better seats, meal preferences, double drinks, and a selection of limited stocked complimentary items for passengers who treat them like fellow human beings.

Which one of these facts surprised you the most?
Comment Below! 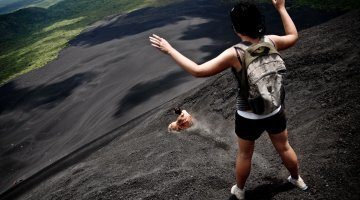 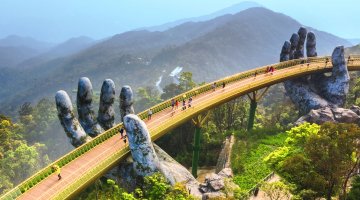 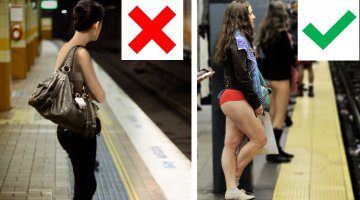